Italian-born Riccardo Lazzaro (33) moved from Europe to Chiúre in Mozambique in January last year, where he has since worked as a project manager for SolidarMed. Despite his young age, the nurse has a great deal of experience in clinical development cooperation and has previously worked in several other African countries.

Riccardo Lazzaro (2nd left) has been working as a project manager in Mozambique since January 2021. This photo was taken in November 2021 and shows him with the rest of the ‘Survive and thrive’ project team. Photo provided

Riccardo, how have the first few months at SolidarMed been and how have you settled in in Chiúre?

Things were a bit complicated at first. Due to the violent uprisings in the north of Mozambique, my Swiss partner and our baby, who was four months old at the time, had to stay in Switzerland. I had never been to Mozambique before. My first impression of the region was that it is an interesting mix between an African country and Portugal. So, overall, the first few months were quite hard, but very exciting.

As you said, the situation in the Cabo Delgado region is very tense due to violent extremism. What made you still decide to move there?
Of course I had some reservations in the beginning because the whole situation has been and still is unpredictable. At first, the locals always said that the situation was OK, but after the attacks in Mocímboa da Praia and Pemba in March 2021, even they were afraid. I was told not to take photos, not to talk to strangers and not to tell anyone where I was living. Fortunately, my family was able to join me in September. Thanks to SolidarMed, we were able to settle in Nampula, which is a bit further south and is safer. I now travel up to the north during the week for work.

What were your reasons for wanting to work in such a difficult environment?
I believe in what I do and I know that my work can make many people’s lives better. I’ve always felt that we are incredibly lucky in Europe and I wanted to use my energy and my privilege to make a difference, to play a part in change. I am also keen to bring my daughter up in an environment like this so that I can teach her my values. She needs to be aware that everyday life is not the same everywhere.

What previous experience has shaped you?
For sure my role as head nurse at a children’s hospital in Somaliland, where we had to find solutions to clinical problems with virtually no resources. Often, it is the small solutions that have a big impact and can save lives. I can use this knowledge in my work in Mozambique. And in Sudan, I learned a lot from the culture and the humanity of the people. Their hospitality is remarkable. Perhaps because of the harsh conditions in the desert, people share whatever they have, even if it’s almost nothing.

Riccardo Lazzaro already worked in a number of African countries before he went to Mozambique to work for SolidarMed. rs

Did you already know when you trained as a nurse that it would take you away from Europe?

Yes, I always wanted to work outside Europe. Even as a teenager, I was in awe of Gino Strada, an Italian surgeon and peace activist who set up a large non-profit organisation. I read his book Pappagalli Verdi (English: Green Parrots. A War Surgeon’s Diary) and I found it incredibly inspiring. At the moment I wouldn’t feel comfortable living in Europe knowing that there is such inequality all over the world.

What are the biggest challenges in your current role at SolidarMed?
Particularly at the beginning, I had to get used to focussing on the role of project manager although there is also significant demand for clinical support. But my mission here is to manage the ‘Survive and thrive’ project (see box) and to make a real, long-term difference. I want to build a local team that is independent and that can take the project to the next level. So at some point I will take a step back and hand responsibility over to my colleagues.

What do you think of SolidarMed’s relations with authorities and partners?
SolidarMed has been on the ground for a long time. So our relationship with the Ministry of Health and other organisations is very good. We are a reliable and stable partner, even when the going gets tough and even when things around us are changing, we stay here, on the ground.

The ‘Survive and thrive’ project: The emergency departments in Mozambique’s hospitals and health centres are often crowded, and waiting times are long. To ensure that children in life-threatening situations get treated more quickly than less urgent cases, SolidarMed rolled out a colour coding system in many hospitals since 2016. When they arrive, children are given a coloured card which denotes the urgency of their treatment. The project will be presented in detail in the May issue of Focus. 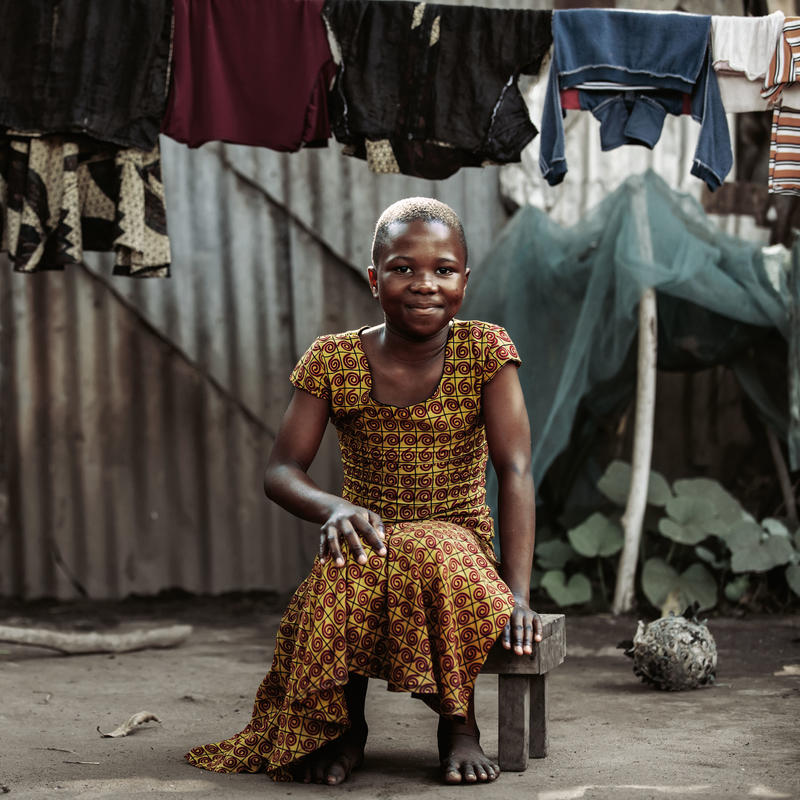 Stay up do date.

With our newsletter we inform you about progress in our project countries, new projects and how you support us in making primary health care the norm. Solidarmed - Partnerships for Health.

From 9 May to the end of July, a dedicated team is on the road in the canton of Solothurn to recruit new donors for SolidarMed. We thank them for their valuable commitment to the people of rural Africa.

To the article
All news and events