More than half a million people internally displaced in Mozambique

More than half a million people are currently trying to escape the terrorist attacks in Mozambique's northernmost province of Cabo Delgado. They are leaving their belongings behind and heading south in uncertainty, to an area where the local population already lacks the most basic necessities.

The humanitarian crisis in northern Mozambique affects the poorest of the poor.

Mozambique doesn't get a chance to calm down

Mozambique - land of crises on the Indian Ocean. Since its independence in 1975, Mozambique has been marked by instability. A bloody civil has been raging for more than 10 years and beyond that, Mozambique has been repeatedly hit by natural disasters over the past few decades - most recently by the devastating hurricanes Idai and Kenneth in 2019.

The country's northern province, Cabo Delgado, is also the focus of international geopolitics because of what are currently Africa's largest liquid gas reserves, discovered in 2010. But the international corporations that want to invest in the gigantic reserves are now being thwarted by terror. For more than three years, groups have been directing their attacks against the civilian population. More than half a million people are currently internally displaced.

Thanks to your support we can implement our projects.

Since October 2017, the northern and central coastal districts of Cabo Delgado have been subjected to deadly violence by groups. These groups terrorize villages with attacks, decapitations, and the looting of food and property. According to the Office of the High Commissioner for Refugees (UNHCR), more than 2,000 people have already been victims of these attacks. Strategically important transport routes and locations are now under rebel control. As a result, the population, already hard hit by cyclones, hunger and weak health care, is suffering. While some of the rebels are believed to be of foreign origin, many are young people with good geographical knowledge have joined the ranks of the insurgents.

By December 2020, nearly half a million people (about a quarter of Cabo Delgado's population) had fled their villages in northern Cabo Delgado province to the interior and to the southern areas of the province as well as to the neighboring provinces of Nampula and Niassa. More than half of them are women, nearly 15,000 of whom are pregnant, and in urgent need of medical care. Yet 36 percent of health facilities across the province have been damaged or even destroyed. In addition, girls and women must live in constant fear of being kidnapped, raped or forced into marriage or prostitution.

A man crosses a village in the Chiúre district by bicycle. Maurice Haas

The forgotten people of Cabo Delgado

The northernmost part of the province of Cabo Delgado is richly blessed by a deposit of various natural resources, such as graphite, oil and natural gas as well as rubies. This fact plays a significant role in one of the most complex and multifaceted conflicts currently affecting the lives of millions of people.

Since gaining independence in 1975, the people of Cabo Delgado province have received little attention. Their economic and social rights have been sparsely protected, promoted and fulfilled. There has also been little to no investment in education, health care, water and sanitation systems, public transportation, and telecommunications infrastructure.

From 1977 to 1992, Mozambique was the site of a civil war whose brutality could hardly be surpassed. After it ended, Mozambique's poorest people continued to suffer the consequences for years. To this day, the conflict has been dealt with inadequately or not at all, and it weighs heavily on the people's souls. From then on, the poorest of the poor were also the ones to suffer when the region was hit by droughts, floods and, in 2019, two deadly cyclones. As a result of being regularly "overrun" by new crises, many people from the poorest strata of the population have never had the means to build a new existence, let alone flee far away, during all the decades since independence. Most people from Cabo Delgado ensured their survival through subsistence farming.

People are fleeing southward to the districts of Ancuabe and Chiúre, where local people are already suffering great hardship.

In 2009, one of the largest ruby deposits in the world was discovered in Montepuez, the second largest provincial town in Cabo Delgado. Initially, small-scale miners as well as local farmers and traders benefited from the discovery. Young people from Cabo Delgado were finally able to make a living for themselves by mining the rubies. However, mining rights for the valuable resource were soon granted to former leaders of the war of independence and sometimes the most powerful men in the province, as well as to various multinational mining companies. Thousands of small-scale miners and farmers lost their livelihoods.

Then in 2010, one of Africa's largest natural gas reserves was discovered off the coast of Cabo Delgado. Again, members of the upper class benefited by serving the (foreign) gas companies, while the local population only experienced deprivation. Local farmers who practiced subsistence farming were expropriated by their own government, and fishermen on the coast were driven out by Mozambique's state power. The impoverishment of the already desperately poor population was thus no longer an option, and the hopes for a better life of many young people with some education were brutally dashed. According to statements by environmental campaign groups, the compensation offered to the resident population was insufficient. In order to sustainably improve the situation in the north of the country, social injustice would have to be ended and jobs created for the local population.

Thanks to your valuable donation, we can expand the transport with the motorcycle ambulances and thus enable safe births. This can significantly improve the health of mothers and children. Thank you very much!

How does SolidarMed support people in this crisis?

The poverty in the villages in the southern part of the province of Cabo Delgado is already great without refugees. The refugees are housed in resettlement villages. The huts, made of bamboo, wood and mud, are very small - even smaller than those already common in the area. One can hardly stand upright in them. Also, the sanitary facilities are extremely makeshift. People have hardly any food and clean drinking water is very scarce. The lack of medical care, food and clean water fosters cholera and other diseases.

With the help of Swiss Solidarity, SolidarMed is now supporting the local health authorities in their undertaking to send mobile health teams to the particularly remote resettlement villages. On the one hand, it provides its own specialists and on the other hand, SolidarMed assumes additional costs for transport or personnel. Furthermore, it sensitizes people about hygiene issues in order to limit the outbreak of cholera or the spread of Covid-19. SolidarMed also supports the authorities in distributing mosquito nets to protect children who are particularly at risk from malaria. Of course, SolidarMed also continues to strengthen the health facilities, which are now even more in demand, for example with staff training.

"Mozambique: The forgotten people of Cabo Delgado" in Daily Maverick

"Mozambique’s Crisis and its Humanitarian Aid" in Modern Diplomacy

"Once again it hits the poorest"

Barbara Kruspan has lived in the province of Cabo Delgado ...

"Mozambique: The forgotten people of Cabo Delgado" in Daily Maverick

"Mozambique’s Crisis and its Humanitarian Aid" in Modern Diplomacy

After the devastating cyclone, SolidarMed is assisting reconstruction efforts in the medical field.

Tuk Tuks may be slow, but they also work in regions of great poverty. Together with the ETH Lausanne researcher Sashidhar Jonnalagedda, SolidarMed is researching the potential roles of ambulance taxis. 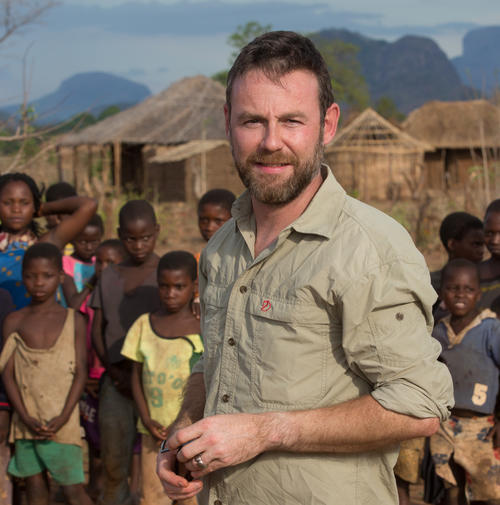 360° SolidarMed - in Mozambique with Nik Hartmann

Virtual reality: Thanks to a 360 degree camera, the viewer is suddenly among mothers waiting with their babies in a rural hospital, by the bedside of a newborn baby or on a dusty African village square.

Thanks to your donations and Swiss Solidarity, SolidarMed supports 100,000 people in 14 resettlement villages and at the same time strengthens seven health centers.